An impression of the SmartCrusher 2.0 at work.
The recent test runs were carried out on various traditional pre-crushed concrete rubble flows.

The input at the top of the SC2 in the video shown is traditional pre-crushed concrete rubble with Norwegian granite 4-30 mm of high concrete quality. So an input without crushing sand !! As mentioned earlier, the capacity found is approximately 40 tons per hour.

Again with normal construction concrete rubble.
The output (in the above video) clearly shows that the SC2 completely liberates the angular Norwegian granite and releases an enormous amount of sand with cement.

Animation 01 - Jaw movement - with 0 degree phase shift above axes from below axes.

Animation 02 - Jaw movement - with 90 degrees phase rotation above axes compared to below axes.

How does the SmartLiberator work?

Concrete recycling with the Smart Liberator on the Urban Mine

The Construction of the SmartCrusher SC1 in 2017

How it started in 2014
Publications - Articles

Prioritizing perspectives concrete chain sustainability
CE Delft, September 2013
Op On page 7 - table 1 under number 8 the SmartCrusher is mentioned. Page 21 - table 3 shows that with the SmartCrusher technique a reduction potential of 1440 kton/year CO2 and cost reduction of minus €101,- per ton CO2 are possible.

This report assumes that all the cement in concrete rubble finished reacting (hydrated) which is proved not so. If this was taken into account then both economic and ecological benefits could have been twice as much.

The CO2 reduction costs will increase with €101,- per ton! This winning combination is completely omitted in subsequent CE Delft report, probably under the influence of the "traditional market".

Closed-loop Economy
Leiden University and TU Delft, 2015
The TU Delft report mainly describes the economic differences between C2CA TU Delft and the SmartCrusher technique from SmartCrusher BV. On page 29, these differences are graphically presented to provide an easy overview.

The reported time table (until 2050) is almost entirely driven by C2CA. The forecast is that in 2016 the SmartCrusher is operational. The prognosis is that it is autonomous operational in 2019.


How porous is concrete
BETONIEK - March 1983
This BETONIEK in Figure 4 on page 4 nicely shows how much unused cement can be obtained from concrete debris.

If back then the concrete rubble was created with a Portland cement A and a water / cement ratio wcf 0.4 then the degree of hydration is up to 60%. Meaning, the SmartCrusher could obtain a minimum of 40% new cement from that concrete rubble.

Old concrete becomes new concrete
BETONIEK - November 2011
This BETONIEK deals with the large amount of concrete rubble already released and yet to be released (11 million tons in 2003 and expected 22 million tons in 2020). The SmartCrusher technology was still under development at that time. 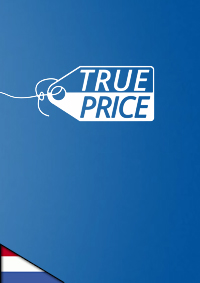 Sustainable business
True Price | Information video
If we buy a product in the store, we assume that the price is 'right'. But usually we do not pay the real price. How does that work? And what is the real price? A short video by duurzaambedrijfsleven.nl.